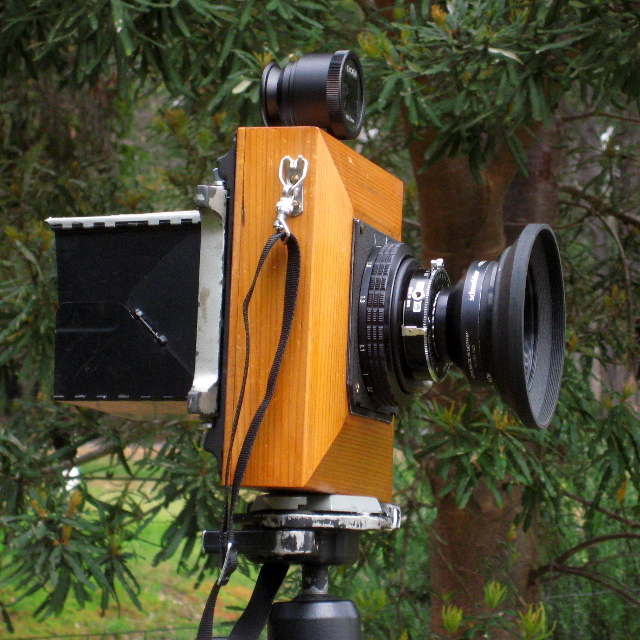 Most of my newer work is either 35mm or large format, and medium format camera use has fallen through a hole in the middle.  For me medium format always felt like it had the disadvantages of both small and large formats.  So I have passed my Hasselblad SWC on to some one who will use it as it deserves

A big time ago I bought a 75mm f8 Super Angulon for the Linhof, but wide angle on these cameras is an utter pain in the arse, even with recessed lens panels.  I had considered getting a wooden camera to replace the Linhof, but each time I consider this I weigh up all the options and stick with what I know and trust

My first 75mm f8 Super Angulon was in a recessed panel for the Linhof, but this lens, while an optical delight, was in a Compur shutter that was awkward and fiddly to use inside the recess. So I swapped it with a friend for a f5.6 version in a Press Copal shutter, a very easy and sensible shutter in many ways, but it could not be fitted into the recessed panel and work.  It works on a flat panel, but the Linhof standard ended up partly off the back of the focusing rail.  (For comparison 75mm on 5x4" is equivalent to 38mm on 6x6 and 21mm on 35mm film, so becomes the "standard" super wide angle) 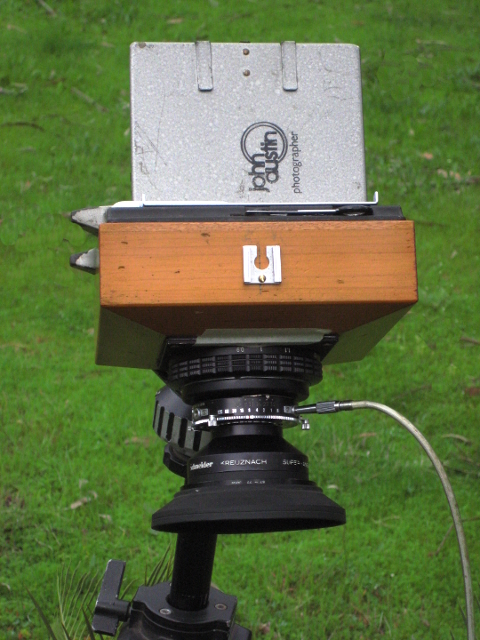 As I wrote, enter the SWW, Super Wide Woodie, a wooden camera box to take a Speed Graphic focusing back on one end and a Goersi helicoid focusing mount on the other with the lens mounted on this.  Added to this is a Goersi 72mm view finder on the top.  A 72mm VF as that was what was available and all these optical viewfinders have too much "TV Safe" clearance, which means the negative shows far more than the viewfinder does.  Even Leica viewfinders have this fault

I took the idea to sculptor and photographer Peter Kovacsy in Pemberton, and very quickly he came up with the camera body shown.  Not the design I had envisaged, but very light, with a logical use of materials and a simple elegance 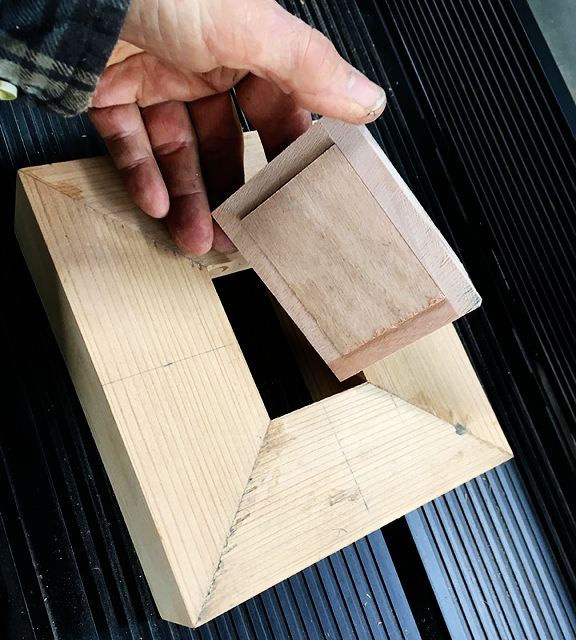 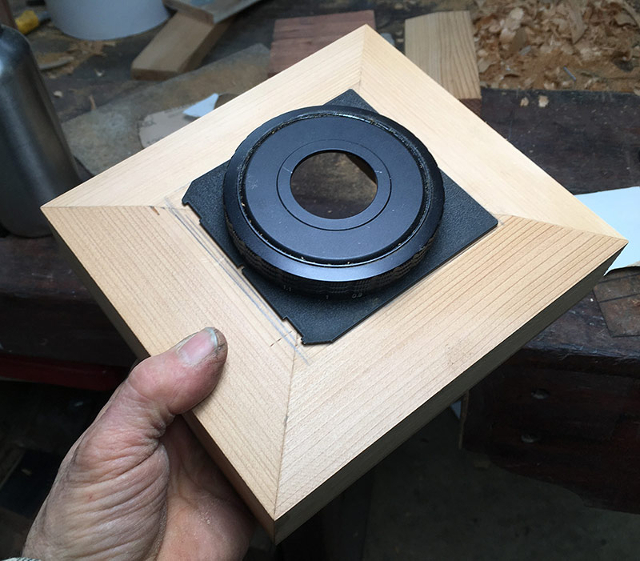 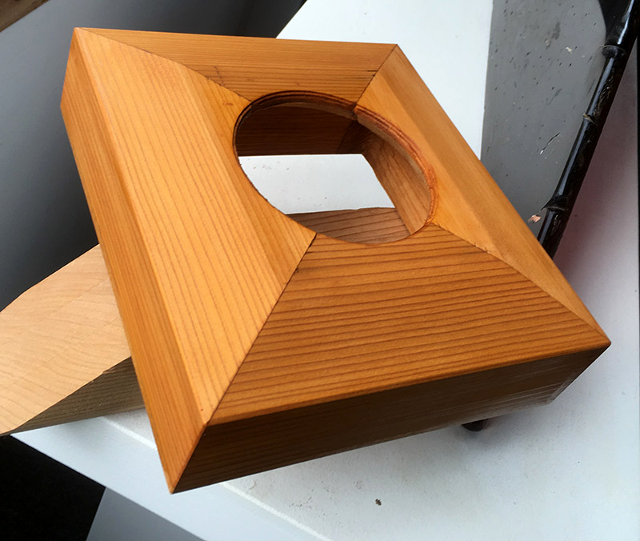 This camera has the advantages of an easy to use International back for view camera screen focusing and composition. This is aided by the very sensible Press Copal shutter which opens the aperture as well as the shutter when the press focus lever is pressed, so is very fast and convienient.  Also easy is the viewfinder and scale on the focusing helicoid for fast and simple working.  This scale is surprisingly accurate, and will be augmented with a Hyperfocal Distance scale after I have done actual tests resulting in prints. Currently the HfD stuff is on a piece of card

Next post will be pix from it, rather than of it

Update: the Chinese made Gaoersi helicoid was sticking.  This was due to one of the two sliders in the mechanism that holds the lens barrel partly rotating in its aluminium groove as it was not even screwed in correctly, so it could swing and jamb against the groove.  Also aluminium is the wrong metal for this kind of mechanism and this part should have been faced with steel.

These faults have been cured by totally dismantling the helicoid, cleaning the cheap grease out, inserting the sliders correctly and using very high quality grease.  The Gaoersi helicod is basically cheap, which is not helped by poor quality assembly 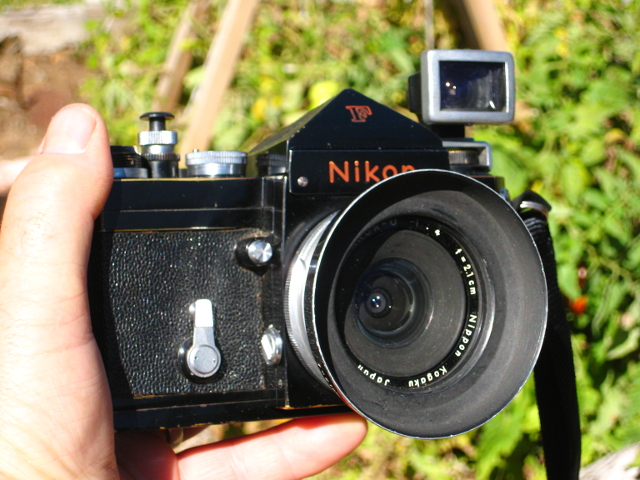 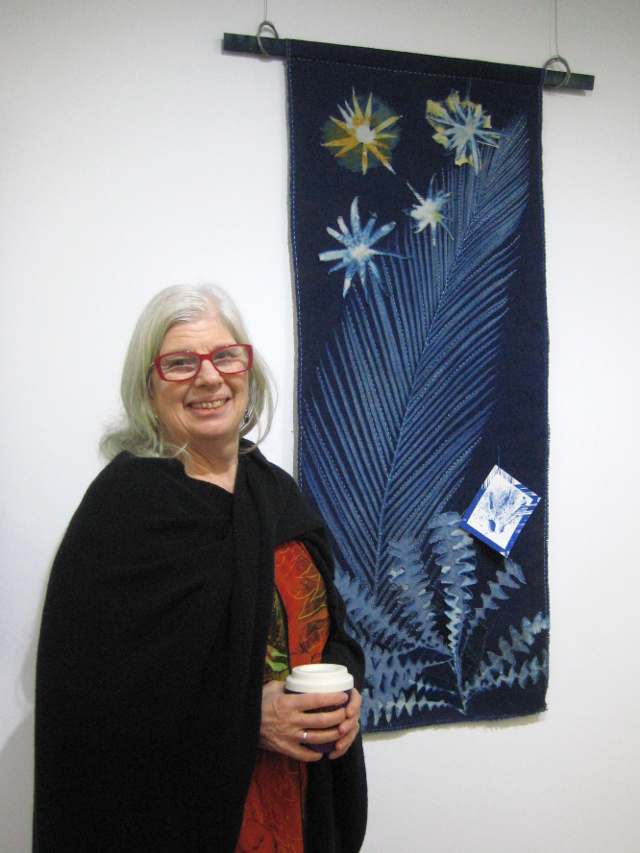